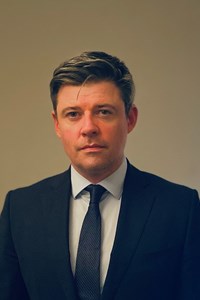 Paul is the Chief Ombudsman and joined the organisation is January 2021.

Paul has a track record in developing Ombudsman organisations and leading them through significant change and growth.

Paul joined NIPSO from the Scottish Public Services Ombudsman (SPSO) where he helped lead the organisation through a period of significant development and growth. He established and headed up the SPSO’s Complaints Standards Authority, implementing a streamlined and improved complaints handling framework and delivering improvements in complaints culture across Scotland’s public bodies.