The Chair of the Office for Legal Complaints (OLC) has been named for a second year running in the top 100 most influential lesbian, gay, bisexual and transgender (LGBT+) public figures.

Wanda Goldwag, who in April 2017 became chair of the OLC – the board that oversees the Legal Ombudsman scheme – was praised in the Pride Power List 2018 for her career and also her lifetime commitment to furthering the rights of the LGBT community.

The 63-year-old, who lives in London with her wife Catherine, is an expert on regulation, human resources and entrepreneurial business. Ms Goldwag spent five years as Civil Service Commissioner from 2012, and in 2016, became a lay member of the QC Selection Panel.

Wanda Goldwag said: “Once again it is an honour to be named in such a prestigious line-up of LGBT+ influencers. My latest work at the Legal Ombudsman includes developing new Equality Priority Objectives, making diversity work in the real world for ordinary people, both those who use our service and our staff. We strive towards creating an environment where talented people realise their full potential, regardless of background.”

As OLC Chair, Ms Goldwag has helped to shape the new direction of the Legal Ombudsman scheme – an independent and impartial free service that guides the public through the process of making complaints when they have experienced poor service from regulated legal or claims management service providers.

OLC: publication of board papers 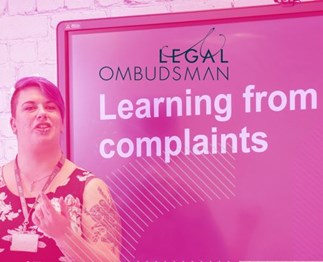 OLC: publication of board papers, 2020