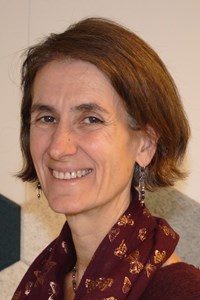 Rebecca Hilsenrath (non-lay member) was appointed Chief Executive Officer to the Equality and Human Rights Commission in October 2015, before which she held the role of Chief Legal Officer.

After graduating from Cambridge, Rebecca trained and practiced law at Linklaters before leaving to have a family. After a career break, she worked in the Government Legal Service, where she held a number of roles in the then Department for Education and Skills and in the Attorney General’s Office. She was then appointed CEO of LawWorks (the Solicitors Pro Bono Group), a national charity facilitating free legal advice to community groups and individuals in need, where she worked for five years before moving to the EHRC in 2014.

Rebecca has also established two schools, set up the National Pro Bono Centre in Chancery Lane and has sat on the boards of a number of charities and advice agencies, including the Bar Pro Bono Unit and the Mary Ward Legal Centre.

In 2012, she was listed by the Times among the 100 most influential lawyers in the country and in 2017 received an honorary doctorate from BPP University in recognition of contributions to the legal profession. She has four sons and a foster daughter and her hobbies include renovating a listed cottage in Snowdonia and writing e-novels.