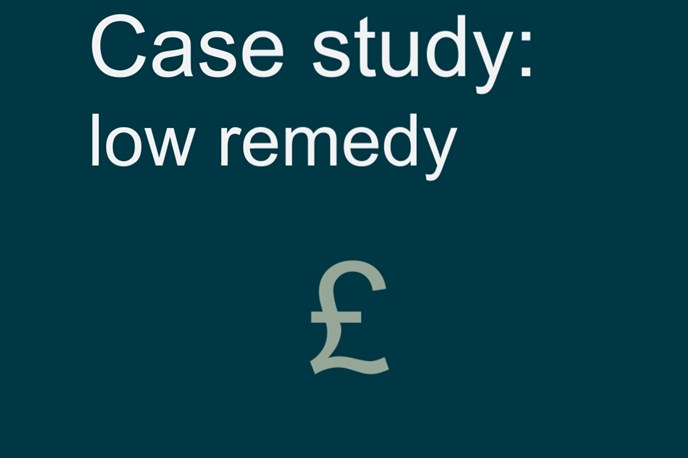 Ms W hired a solicitor to help with her divorce and its finances. When she gave them the necessary financial information they’d asked for, their response was excessively delayed.

She complained about their delays, lack of progress and failure to respond to her update requests. Going through a difficult time already, Ms W told her solicitor she was upset about the extra worry they were causing her.

We concluded whilst there was delayed progress in Ms W’s financial settlement, this was not because of her solicitor’s unreasonable service.

However, we also concluded their failure to update Ms W led her to believe there were delays and caused her further upset and worry in a difficult time. We deemed this unreasonable service and directed the solicitor to compensate Ms W £150.