The solicitor and client were both unable to prove whether a payment for services had been made. 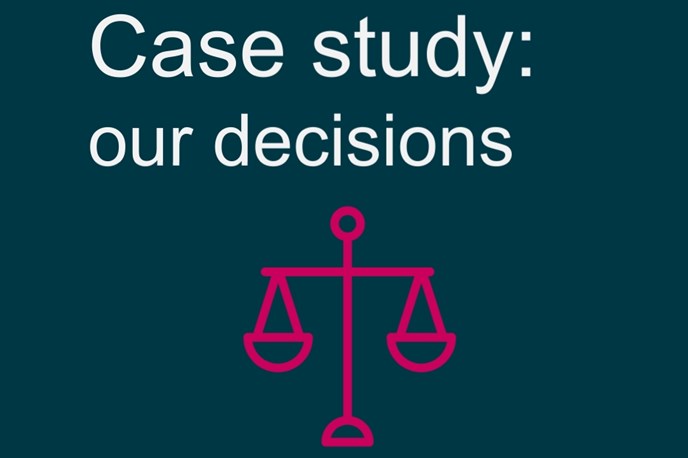 Mr Y hired a solicitor for a court hearing, but they didn’t show up. When Mr Y complained, they said they didn’t attend because they hadn’t been paid.

Neither could prove the payment had been made, but we received other information that implied payment was more likely than no payment.

The solicitor sent Mr Y a letter about his fees, explaining that unless they received £500 plus VAT, they wouldn’t draft documents for, nor attend, the hearing. The hearing documents were prepared, so it’s reasonable to assume they were paid.

Bank statements from the same time as this letter showing Mr Y withdrew £600, enough money to cover his fees, further support this.

How was the situation resolved?

We concluded that the solicitor’s failure to attend the hearing was unreasonable because the evidence suggested Mr Y had paid them.

Sometimes we’re unable to draw inferences that determine whether a service was reasonable or not. When that happens, we may dismiss the case because we can’t fairly determine the complaint.